I performed a Kruskal-Wallis test by ranks, and you can see the results of the test on some random texts below. What concerns me here are two things:


Either way, the results on the sample data showed no significant difference, even though text A and B were texts from a book, and text C was a computer-generated text, and the ranks clearly differed (like for example, for letter A, ranks (and frequencies) are almost the same for text A and B, but completely different for text C).

I am wondering, if I'm even using the right test to test my hypothesis? In case I'm not - which test should I use? 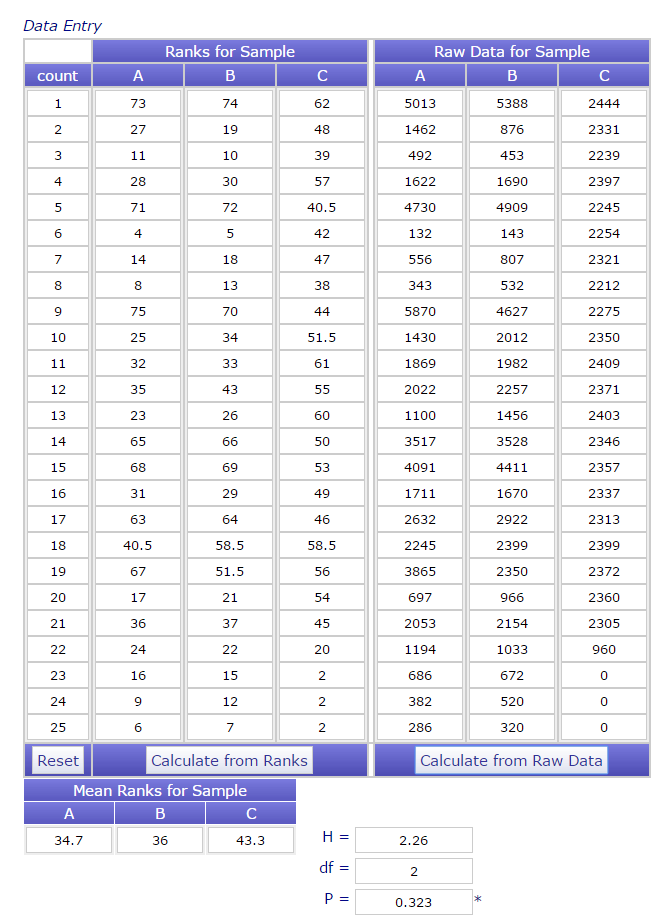